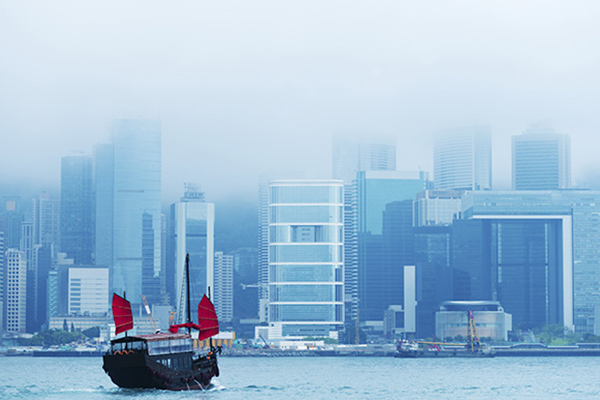 Markets sentiment improves following the release of upbeat PMI releases in China for November, in line with positive developments globally that flashed earlier globally. Commodity currencies are on the rise, with the kiwi leading the way resulting from the announcement of an infrastructure plan while the yen trades at 7-month low against the greenback as US Treasury yields are bouncing back at mid-November 2019 level. Yet the latest announcement made by Beijing to increase retaliatory actions against the US after the signature of the Hong Kong Human Rights Democracy Act raises doubt on the scope of the preliminary trade agreement. The bounce in USD/CNY from 6.9784 low (07/11/2019) to current 7.0418, largely above fixing at 7.0262, confirms that caution is exerted despite current risk-on sentiment across the board.

Optimism revived by the release of both the official and Caixin manufacturing PMI at 50.2 (prior: 49.3), back in expansion territory after a six-month streak in contraction, and 51.8 (prior: 51.5), highest since December 2016, including the non-manufacturing gauge maintained in the upper range at 54.4 (prior: 52.8) confirm a moderate acceleration of the Chinese economy. The support by Chinese authorities and the People’s Bank of China to increase stimulus through borrowing rate cuts and the accessibility of government financing vehicles with the final aims of sustainable growth, financial stability and major structural reforms seems to work, some good news for export-reliant industries. The HK Human Rights Bill validated by US President Donald Trump last week, which consists, aside of stricter human rights scrutiny in the city, to tighter controls of dual-use technology exports and their final destination, remains a major drag in current negotiations, as Beijing already announced sanctions against targeted US NGOs and suspended a US military visit in HK. China’s expectations of proper tariffs rollback, and not planned tariffs, should remain the final stumbling block for an interim trade deal, with a final agreement likely to emerge along Chinese New Year.