US stocks at record ahead of planned trade deal, US bank earnings 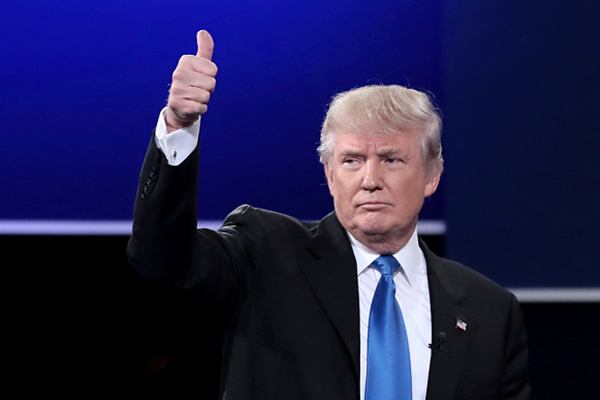 US stocks at record ahead of planned trade deal, US bank earnings

Technology stocks pushed the S&P500 and the Nasdaq to new records on Monday, as the rush toward the equities intensified ahead of the planned signature of the phase one deal between the US and China, and the release of the big US banks’ fourth quarter earnings.

The yuan advanced to the strongest levels since July against the US dollar as China posted the first positive exports data in five months. Chinese exports grew 7.2% in December, as imports rose 16.3% beating analyst expectations. As a cherry on top, the US announced that China is ‘no longer a currency manipulator’.

The USDJPY cleared the 110 resistance and gold traded at $1535 an ounce as capital continued pouring into riskier assets.

Cable slipped below the 1.30 mark on Monday after the British economy unexpectedly contracted by 0.3% month-on-month as industrial production posted a surprise 1.2% fall in November. While buyers are scratching their heads on whether the levels below the 1.30 mark could be interesting to strengthen their long positions, the pound could find it increasingly hard to keep its head above water. One major reason is that the British policymakers including BoE’s Governor Mark Carney told investors that they may consider cutting rates if the economic data remained weak.

The latest data suggests that there is a clear evidence that Britain’s economy has weakened during the last quarter of 2019, when the possibility of a no-deal Brexit and uncertainties around the snap election have taken a toll on the British economic activity. Onwards, the focus will be on how the economic data will adjust in the post-election period with the scenario of a no-deal Brexit being no longer a serious threat.

In this respect, the PMI data due on January 24 will be the first indication on how the UK’s economy performed as a reaction to Boris Johnson’s decisive election. Though a single data point would not be enough to justify a rush toward a premature rate cut decision, weak data could seriously affect the pound’s valuation into the BoE’s January meeting.

The activity on CME’s SONIA futures which give an idea about the probability of a rate action, suggests that the chances of a 25-basis-point cut in the BoE’s January 30 meeting spiked to 50% from nearly zero at the beginning of this month. Hence, the clear dovish shift in the BoE’s position and political uncertainties mostly due to Brexit may give cold feet to the buy-side in the pound market. For now, and in the dearth of a hint that Britain’s economic downturn could reverse, the soft data story will likely weigh on the British pound.

Due Wednesday, further data should confirm that inflation in Britain stagnated near its three-year low of 1.5% in December as retail activity and holiday sales remained subdued due to the snap election and Brexit uncertainties.

On the other side of the Atlantic however, the US inflation figures may tell a different story with a headline inflation expected to have picked up more momentum in December to reach 2.4% year-on-year, the highest level in more than a year. Solid inflation data should also keep the Fed doves on the sidelines into the January FOMC meeting and pave the way for a further recovery in the US dollar.

On the corporate side, Citigroup, JP Morgan and Wells Fargo are expected to report strong Q4 earnings today, despite having struggled with lower interest rates, low volatility and subdued investment due to a slowing global economy last quarter. In fact, steeper short-term rates amid the Fed’s open market operations to avoid a liquidity crunch, improved consumer confidence and spending, combined with increased housing demand thanks to lower mortgage rates may have boosted the big US banks’ earnings in Q4.