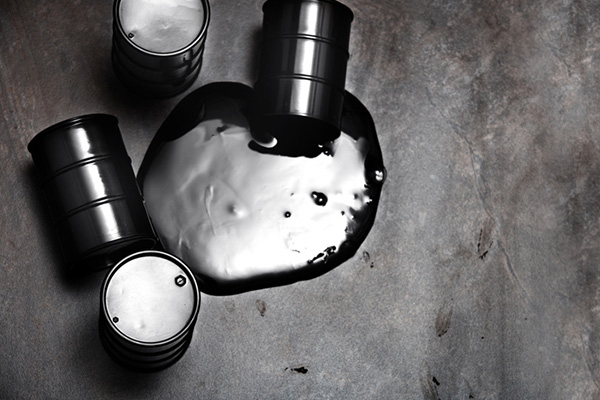 The US crude turned negative for the first time in history and traded as low as $-40 per barrel on Monday. This is because the global oil glut has become so large that there is no space left to store this large quantity of unexploited oil. The market is literally submerged. Hence the panic rose yesterday to an unprecedented level, as no one wanted to hold oil contracts due to expire today, therefore, rewarding investors who are ready to buy this unwanted oil, and store it.

Now if we look back, since the beginning of the coronavirus crisis, too proud or too greedy, oil producers kept on pumping oil regardless of the unnecessarily building stockpiles, as demand became increasingly anemic. As a result, the world’s storage capacity has been used up to near 80%. Today, each extra barrel adds to the already massive global glut, contributing to the buildup of colossal stockpiles that find no buyers. The result is dramatic for oil producers.

It is needless to say that, at the point we stand, fixes to daily oil production would do nothing to better the mood in the oil market. With mounting worries that the global capacity to store tens of million barrels of extra oil per day is diminishing at an alarming pace, nothing less than a full halt in oil production would give a meaningful sigh of relief to this market.

Activity in FTSE futures (-1.56%) hints at a bearish start in London. British energy stocks will certainly remain on the chopping block.

US futures edge lower as well, but losses do not exceed 1% at the time we are writing these lines.

Now, if losses in equities remain less than what we have seen a couple of weeks earlier, it is because the decline in oil prices is not bad for everyone per se. It is of course dreadful for oil producers and energy-heavy economies, but cheap oil is positive for the global economic recovery, as it should help boosting growth, together with massive fiscal and monetary measures deployed by governments worldwide. In the past, we have seen low oil prices coupled with better growth figures. This negative correlation between oil prices and economic activity is the silver lining; companies are offered a convenient environment to reborn from their ashes following the terrible halt in their activities. Hence, the first quarter earnings should already point at a bottom, and a jump in most sectors’ revenues should follow weeks of depressed activity. Services however may see a gradual pick up as life may not bounce back to its normal pace after weeks of confinement. In this perspective, industry-led indices could outperform energy and service-heavy ones until the economic life gets back to its usual pace worldwide.

Do you buy oil? Negative oil prices have been an extraordinary window of opportunity for risk-takers, while more risk-averse investors are waiting for the floodwaters to recede before entering the market. Yesterday proved that the oil market does not have a concrete bottom.

What to do with earnings? Given the dispersion in earnings expectations, a total absence of plausible benchmark and the reticence from companies to provide guidance, a rational behaviour would be to take the company results with a pinch of salt, bypass this season and focus on a reasonable pace of recovery moving forward. Last week’s CFTC data shows that the net speculative short positions in S&P500 reached the highest levels since the first quarter of 2019 amid heated China-US trade frictions, and end of 2016. This means two things at once: there is a growing anxiety into the first quarter earnings, but also a greater potential of an imminent short squeeze.

Zooming out, equity prices, as they stand today, already reflect the colossal contraction in worldwide economic activity during the first quarter of 2020. Seeing the actual results will certainly be nerve-wrecking for everyone, but the anxiety over results will likely trigger softer headwinds compared to what we have experienced during the heart of the coronavirus-led turmoil. News that new cases globally are on a descending path is what should keep investors’ motivation intact for a further recovery in stock markets. From now on, the fear of missing out a broader rally should cap the downside potential.

In the FX, the euro remains bid against the US dollar near the 1.0820 mark. The downside pressures should persist in the run up to Thursday’s Eurogroup summit as European leaders are expected to announce joint measures to address the coronavirus-led economic slowdown, but the so-called corona bonds will be hard to agree on.

Cable is downbeat ahead of important economic data due this week. Due today, the British unemployment rate has certainly remained unchanged at 3.9% in February and wages growth near 3.0% y-o-y. But these numbers mean little given that we should see a significant deterioration in jobs starting from March.

The sell-off in Loonie remains contained, the USDCAD is a touch below the 1.42 mark but upside risks prevail with solid support seen near the 1.40 level.

Gold is stoic face to the historical decline in oil markets. The yellow metal trades a touch below the $1700 an ounce, hinting that the upside potential seems, at least temporarily, exhausted near the $1700/1750 area.

The US 10-year yield is down to 0.60%, as investors seek protection in US treasuries.