Risk-off traders in charge: stocks down, gold up. 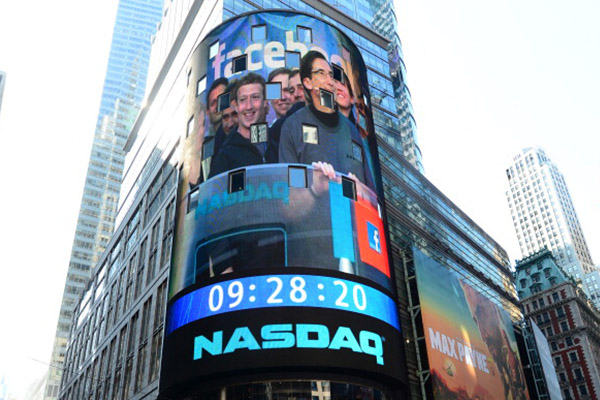 Risk-off traders in charge: stocks down, gold up.

Asian stock markets slipped at the weekly open, following a deeply red close in New York after the rising worries of a second wave contagion took a toll on investment sentiment.

This time Nasdaq suffered as much as its peers, as the Facebook shares dived 8.32% on news that an increasing number of companies will stop advertisement spending on the social media platform pointing at inappropriate content. These companies include giants such as Starbucks, PepsiCo, and Levi’s. Provided that Facebook earns a big part of its revenues from advertisement – up to $17 billion last quarter only, the latter decision will probably have a dramatic impact on Facebook’s future revenues, hence its stock valuation.

In other discouraging company news, Chesapeake Energy, one of America’s leading shale oil extractors, filed for bankruptcy. The coronavirus lockdown has been fatal for the company which has been already struggling with a huge debt burden since years. Chesapeake’s bankruptcy reminded oil stock investors that some of these companies are now living on the edge, as worries that a second wave contagion may lead to a slower recovery in global demand and a prolonged period of depressed market conditions.

On the other hand, the Chesapeake’s fall is positive news for a lower global glut, as the shale-oil giant has partly been responsible for the rapid buildup in global inventories for years and had a negative impact on oil prices. Therefore, we may see a limited retreat in WTI, though the risk-off sentiment across the market should encourage a renewed test of the $37 per barrel support and push for a deeper correction towards the $35 mark.

Activity in European futures hint at a morose start to the week in the old continent, as well. The FTSE 100 could feel the pinch of a renewed sell-off in energy space, as rising fears of a renewed Covid sell-off mixed with the pessimism following Chesapeake’s bankruptcy will likely weigh on global energy stocks.

In the FX, the US dollar eased against most of its G10 counterparts and demand in yen, Swiss franc and US treasuries rose. The US 10-year yield retreated to 0.64%.

Long euro remains the consensus view against a soft US dollar, as the European recovery story remains operational with no alarming sign of a rise in new coronavirus cases. The European nations accelerate business reopening, and there is a firm belief that the 750-billion-euro fiscal aid package will get approval shortly and give another boost to the single currency. Therefore, price retreats below the 1.12 mark could be interesting deep buying opportunities for traders trading the euro recovery story, as long as the pair remains above the critical 1.1160 Fibonacci retracement (major 38.2% on April – June recovery). The latest CFTC data confirms a further rise in net speculative positions in euro.

Cable consolidates losses below its 100-day moving average (1.2395). The sterling risks remain tilted to the downside on Brexit uncertainties, although the fact that the decision deadline has been pushed to October is a relief for short-term traders. The upside potential will likely remain capped near the 200-day moving average, 1.27.

Lingering risks across the global risk markets and sliding sovereign yields continue pushing capital into gold. The price of an ounce advanced past $1770 on Monday, after rebounding from the $1750 mark last Friday. The $1750 level is now a critical support for oil traders, though the 50-day moving average ($1722) should be a solid safety net in case of an unexpected break below this support.